CRG played a starring role in the opening event of the Superkarts! USA Pro Tour this past weekend at NOLA Motorsports Park, as Christian Brooks steered his new CRG Heron to a huge X30 Senior win in the Sunday Final at the SKUSA WinterNationals.  The Californian backed up his second-place finish from Saturday’s action with a victory and now lead the point standings heading to the SpringNationals in Phoenix in early May. Strong performances were put in by the CRG contingent, including Callum Bradshaw and Brendon Baker in the X30 Senior category while Tyler Maxson, Elio Giovane, and Ignacio Montenegro stood strong in X30 Junior.

Brooks is no stranger to the NOLA circuit, having recorded two runner-up results at last year’s inaugural WinterNationals. Brooks rejoined the CRG line-up having competed, and won, with the chassis in the Challenge of the Americas championship with Nash Motorsportz operation in 2016. Brooks sampled the new CRG Heron at the SKUSA Winter Series in January and February, placing fifth in the standings with one podium finish. Both Brooks and Bradshaw, who finished the Winter Series as the vice-champion, were battling within the top-10 on Saturday. Brooks led the first half of the Final, just missing out on the victory, while Bradshaw ended up seventh. Brenden Baker put a third CRG into the top-10, climbing up eight spots during the race to finish tenth.

Brooks and Bradshaw were back in the hunt on Sunday, starting the main event from inside the top-five. Bradshaw suffered an issue on the opening circuit, and was unable to continue. Brooks took over the lead on lap two, never putting a wheel wrong in his CRG Heron, scoring his first career SKUSA Pro Tour X30 Senior victory. Baker had issues in the Prefinal to put him 37th on the grid for the Final, where he advanced 25 positions to end up a respectable 12th.

Three drivers aboard the CRG Heron were among the 50 drivers in the frantic X30 Junior division, where contact and over-aggressive driving was the focus following the weekend. Tyler Maxson did his part, earning finishes of eighth and 11th to begin his sophomore season in the category. Junior rookie Elio Giovane recorded a best finish of 14th, while Aruba driver Ignacio Montenegro placed 12th in the challenging Sunday Final.

“The new CRG Heron features a unique design that is truly an evolution of the Heron karts that were used so successfully on the 1990s and 2000s,” stated Euan Jeffery of CRG Nordam. “The feedback from the drivers centers around how well balanced the kart feels, making it easy to drive. Bradshaw proved that at the Winter Series with four straight top-five finishes, including three podium results. Maxson was among the top drivers in the Junior during the Spring Training, and will be among those contesting for victories the rest of the SKUSA Pro Tour season.”

CRG Nordam continues to cement its position within the North American karting community as its develops the CRG dealer network. Currently, 15 different states in the USA, along with British Columbia in Canada, are represented in the CRG dealer network with strong customer support being the focus for each operation carrying the CRG brand. The distribution warehouse and factory team shop in Conroe, Texas is fully stocked to deliver chassis and parts at any time.

To learn more about the CRG Heron and the full product line by the world-champion manufacturer, or to learn how to be part of this factory-based race tam, contact CRG Nordam via email [email protected] 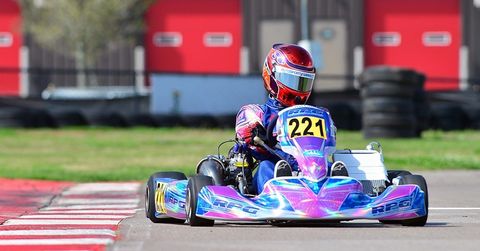 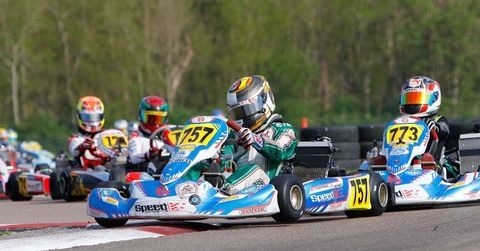 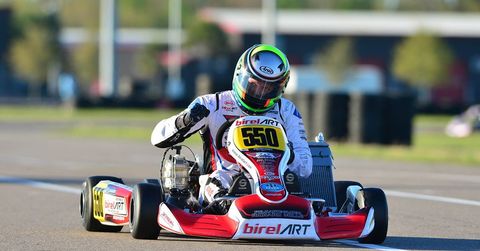 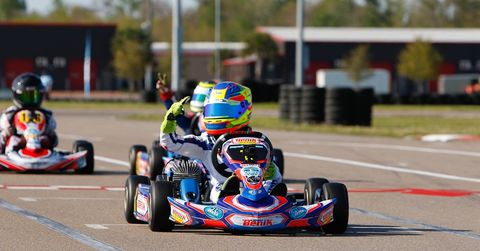 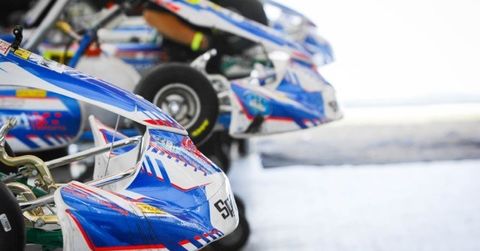 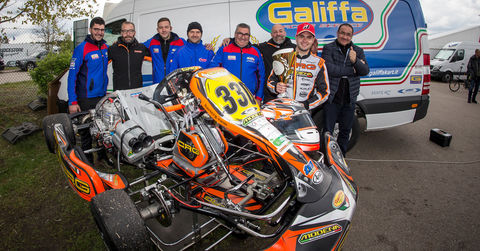 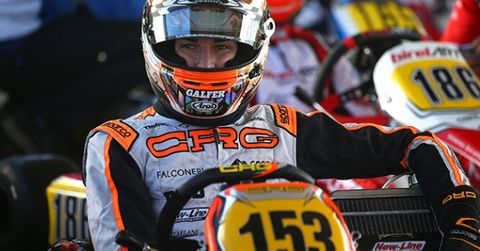 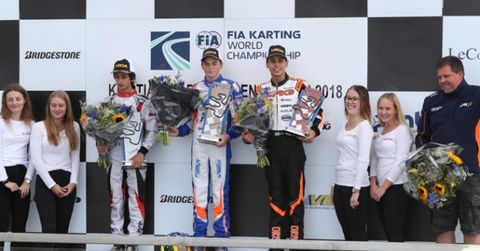 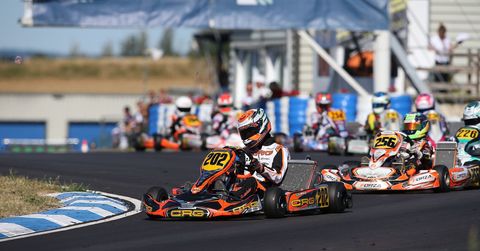 CRG colors came third in the two European CIK-FIA Championship at the end of the closing round held in France. Pedro Hiltbrand was third in the OK European Championship, while Gabriel Bortoleto did the same in the OK-Junior’s and claimed a podium in Essay. 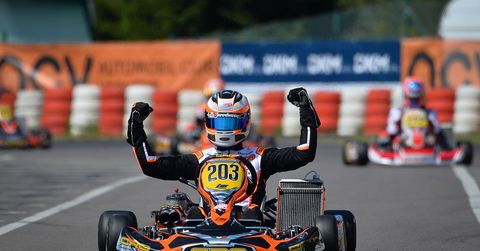