The last day of the Italian Grand Prix kept all its promises. It was hot on the track of Lonato, where the spectacle was constant, especially during the three Finals. The penalty received by Italy's Paolo De Conto, who finished 1st under the chequered flag, gave Fabian Federer the win and the CIK-FIA European KZ Championship to Dutchman Jorrit Pex. In KZ2, the Frenchman Emilien Denner won his first victory at this level, while his compatriot Adrien Renaudin took the crown. At home, the Italian Federico Albanese won the CIK-FIA Karting Academy Trophy, where the suspense remains high before the final round scheduled for September in Belgium.

A sporting discipline used to keeping the public and fans who follow the international news throughout the season in suspense, Karting has not failed in its reputation. For these CIK-FIA European Championships for KZ and KZ2, which finished at this Competition held in the famous area of lakes in the north of Italy, the objectives of the Drivers were not all the same. Some only had eyes for Lonato's podium, while others adapted their strategy to win the coveted CIK-FIA titles.

In the CIK-FIA Karting Academy Trophy, Drivers from 37 different nationalities delivered intense races. The heroes of the first event at Salbris have not necessarily confirmed their form and there are still many who can hope to fight for the title.

The European Championship changed hands several times during the Final, according to the changes in performance of each and the incidents that occurred over the 25 laps. The leader at the end of the Heats, Francesco Celenta (ITA – Praga / TM Racing / LeCont) made a perfect start to the race. Quickly 2nd from Marijn Kremers  (NLD – Birel ART / TM Racing  /LeCont), Paolo De Conto (ITA – CRG / TM Racing / LeCont) was very quick to attack the leader. The bodywork of the two karts rubbed at one of the hairpins of the Italian track, but De Conto managed to emerge at the end of the lap.

After a very good start, Jeremy Iglesias (FRA -Formula K / TM Racing / Le Cont) later lost many places, seeing his title fly away. Seven laps from the finish, Celenta was betrayed by his engine, leaving Fabian Federer (ITA – CRG / TM Racing / LeCont) to settle in to 2nd place. At the end of the race, De Conto led over the finish line, but was penalised by 10 seconds for his pass on Celenta!

Starting just 8th, Federer recovered an almost unexpected victory ahead of Kremers, excellent over the three days, and Ben Hanley (GBR – Croc Promotions / TM Racing _ LeCont), ramped up since the timed practice. Fighting back from a bad start, Jorrit Pex (NLD - CRG / TM Racing / LeCont) was 5th behind Bas Lammers (NLD – Alpha / TM Racing / LeCont) and had enough points to become CIK-FIA European KZ Champion, as he did in 2012.

Final classification of the CIK-FIA European KZ Championship after Lonato:

Already the holder of pole position on Friday, before temporarily leaving the leadership to Giuseppe Palomba (ITA – Intrepid / TM Racing / LeCont) after the Heats, Emilien Denner (FRA – Kali’Kart / TM Racing / LeCont) planned his race from the start where he surprised his rival. Subsequently, he only increased his lead to win alone. With this victory, Denner revives the Kali'Kart brand, so famous in the 80s. While Palomba has secured a magnificent 2nd place, Riccardo Longhi (ITA) confirmed that he was the fastest of the weekend by returning from 9th to 3rd place with the fastest lap.

Without a small mechanical problem in a heat, he certainly had the potential to fight for victory and the title. This incident allowed Adrien Renaudin (FRA – Sodi / TM Racing / LeCont) to avoid taking any risks. The winner at Salbris, the multiple French Champion this time becomes CIK-FIA European Champion by staying in 9th position. At their training ground, Italians Matteo Vigano, Giacomo Pollini and Alessio Piccini have achieved excellent places of honour.

The final results of the KZ2 category are currently suspended pending an appeal by a competitor.

Classification of the CIK-FIA European KZ2 Championship after Lonato:

ACADEMY: ALBANESE THE WINNER AT HOME

On a circuit he knows perfectly, Federico Albanese (ITA) did not disappoint. Pressured by Sami Meguetounif (FRA), winner of his three Heats, then in the Final by Guilherme A. De Figueiredo (BRA), he took command of the Competition at the right moment, before giving himself a sufficient lead for his logical win. Behind him, three Drivers were pitted together in a breathtaking battle for the podium. De Figueiredo got the better of Meguetounif, who also ended up losing out to Suleiman Zanfari (MAR), superbly recovered at the end of the race after a successful start. The winner at Salbris, Jose Maria Navalon Boya (ESP) completed the top five, which allows him to keep the lead of the Trophy before the last Competition of the season.

Provisional classification of the CIK-FIA Academy Trophy after Lonato: 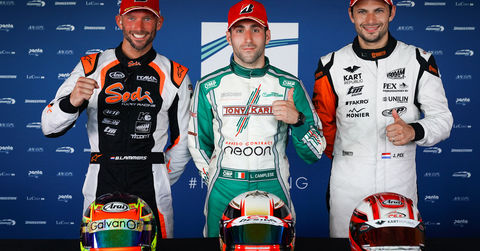 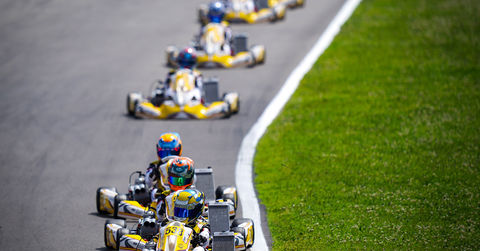 For this second day of the Italian Kart Grand Prix, the heat wave continued on the outskirts of Naples and the temperatures again exceeded 30°. 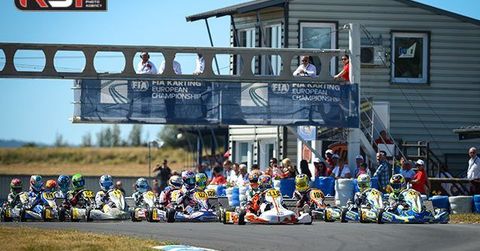 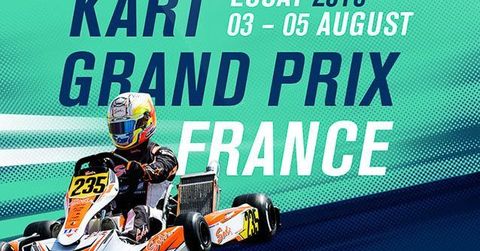 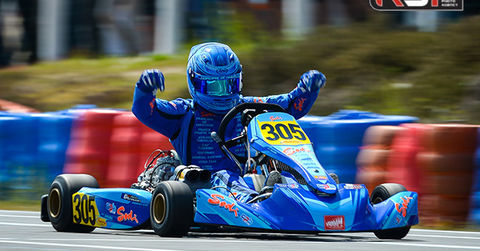 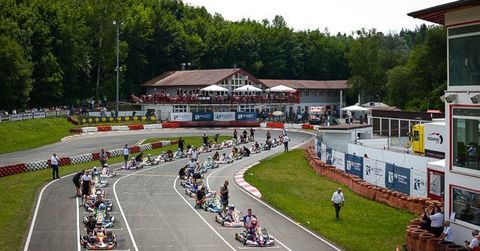 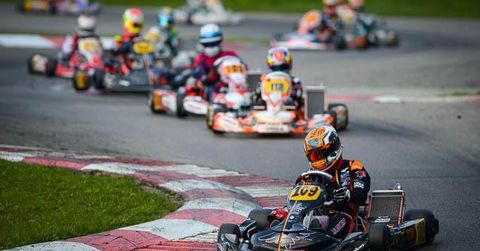 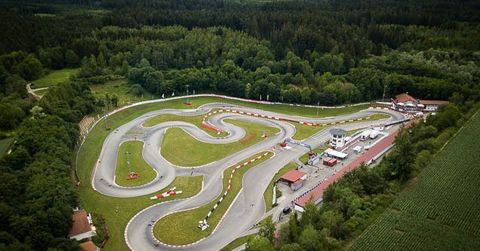 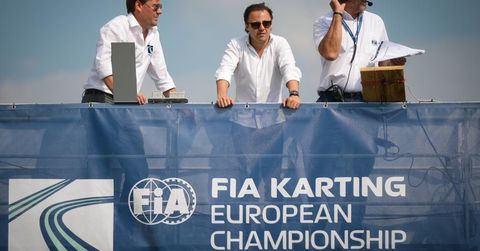 The final Qualifying Heats set the tone on Sunday morning, with the Finals completing the show on a hot and sunny afternoon, under the expert gaze of Felipe Massa, President of the CIK-FIA. 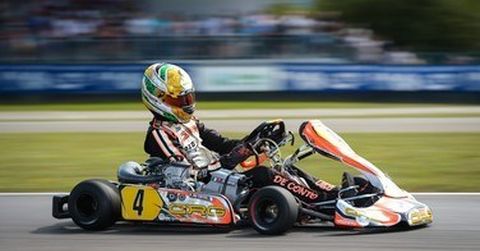