The Indianapolis Motor Speedway has attracted interest from around the world since its inception.  In 1905 Carl Fisher had a view of the future: “Indianapolis is going to be the world's greatest center of horseless carriage manufacturer, what could be more logical than building the world's greatest racetrack right here?" Designed and built for the purpose of testing automobiles and putting drivers to their limits, it soon became more than just a testbed. Fisher traveled the world researching other tracks of the time. The then Pressley Farm become the location for the Indianapolis Motor Speedway. The first automobile race here was won in 1909 by Louis Schwitzer who hailed from Austria-Hungary.

Many today will recognize Scott Dixon. Born in 1980, his racing career began in karting at the age of seven. Six years later he was granted a competition license to race a saloon car. At the time the legal age to obtain a road driving license was fifteen. This began has climb through the ranks in New Zealand and then moving to the United States in 1999 where he drove his way up the ladder system and into IndyCar. In 2008 Scott became the first New Zealander to win the Indianapolis 500. Scott was only the second driver from New Zealand to win at the Indianapolis Motor Speedway as Wade Cunningham was the first in 2002, as he won the Freedom 100.
Much like most great careers in motorsports, Scott started in karting: Welcome to KartSport Wellington; in New Zealand, the home of karting, in the capital city. Their track is built in the hills of the North Island of New Zealand, and has been beautifully situated here since 1977. The club, KartSport Wellington, was formed in 1960 and started racing in 1961, the same year that current club president Brent Melhop was born.

In 2017 the Briggs and Stratton 206 engine was introduced to New Zealand. KartSport New Zealand has always been focused on developing grass roots karting in New Zealand, which makes the 206 engine platform a great fit.   Much like the explosion that we’ve seen in its growth in the United States, the 206 class now makes up 30 percent of the KartSport Wellington race day entries. Also, in 2017 USAC brought Karting to the Indianapolis Motor Speedway. As the numbers showed the Briggs and Stratton 206 classes dominated the entries, including the Margay Ignite class with 46 entries, all provided by Margay Racing llc.

As the stories after the Battle of the Brickyard started to reach out they spread to Brent in Wellington, along with their team at Wilford Motorsports. From there their journey began: to race at the Indianapolis Motors Speedway. “The opportunity to travel and race not only in the USA, but in fact at one of the most famous race tracks in the world is not something that comes by every day when you live in New Zealand. It really could be a once in a life time thing to do and I wanted to grab it with both hands! Good excuse for a holiday too!” explains Brent Melhop. So along with Brent, the journey had begun for Shaun Croskery, Shane Sayer, Kyle Nelson, Glenn Dodd, Hadleigh Coffey, and Mike Hanks. But logistics had now become the issue; they had to have seven karts race ready brought to the Indianapolis Motor Speedway.

The answer to the problem: the Margay Ignite class, a spec class with drivers of all walks of life competing together. In 2017 Charlotte Lalonde (Canada) edged out veteran Pete Vetter (United States) by .033 seconds. This year the Battle at the Brickyard will see two Margay Ignite classes, Senior and Master, competing at the Indianapolis Motor Speedway. The communication then began. Six drivers, flying hallway around the world to race at one the world most historical race tracks, and working together with Briggs and Stratton and Margay Racing, llc. As well as racing in the Ignite classes we will see their drivers competing in this year’s Briggs and Stratton 206 classes.

“Karting is a global sport and karters are part of an extended global family.  To see the acceptance of the Briggs Racing 206 on a worldwide basis is truly exciting,” said Margay Racing owner Keith Freber.  “Even more exciting is to see the enthusiasm of Brent and his team and to be able to offer them the opportunity to race at the world’s most famous motorsports facility.  I really have to thank USAC Karting and the Indianapolis Motor Speedway for making this great event happen and we’re looking forward to showing our Kiwi friends a bit of Midwestern hospitality this July in Indianapolis” Freber continued.

In the coming months leading up to the second annual Battle at the Brickyard we will introduce you to Wilford Motor Sports, their drivers, and their journey to the Indianapolis Motor Speedway with USAC Karting. 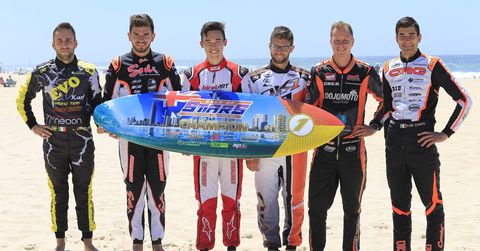 The Race of Stars attracts many of the world’s best drivers to compete for the prestigious winner’s surfboard trophy. 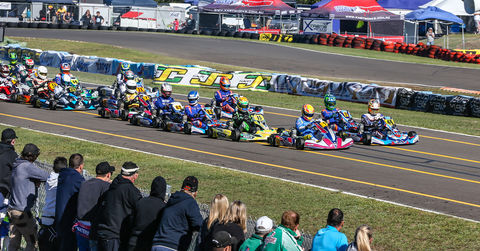 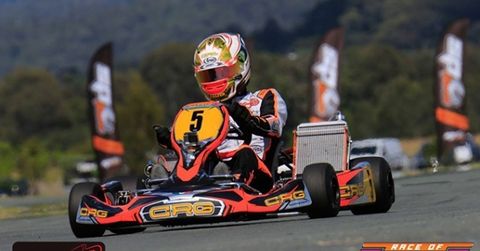 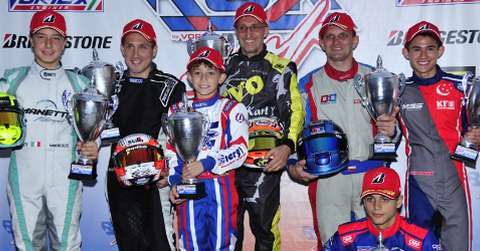 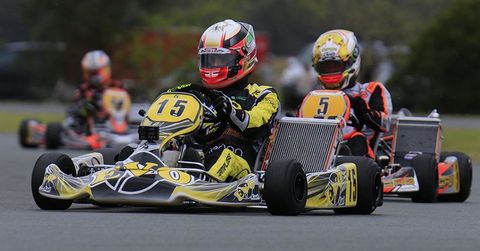 Italian star Lorenzo Camplese has laid down the gauntlet to some of the world’s best kart racers in the opening day of competition for the Race of Stars at the Xtreme Karting Complex with a blistering performance. 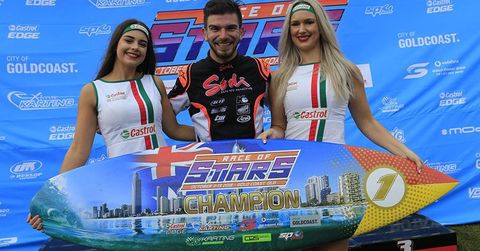 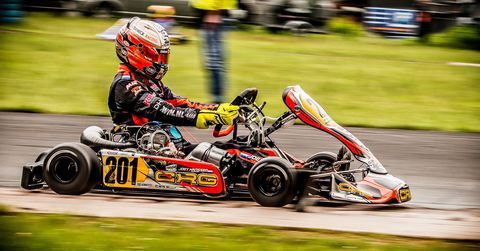 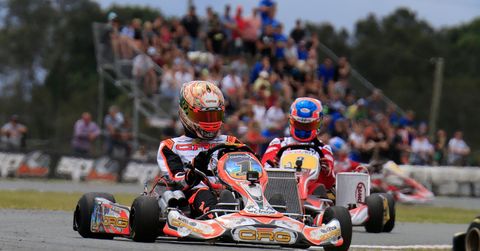 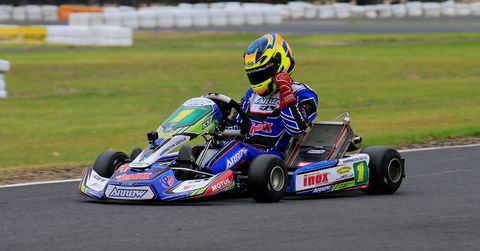 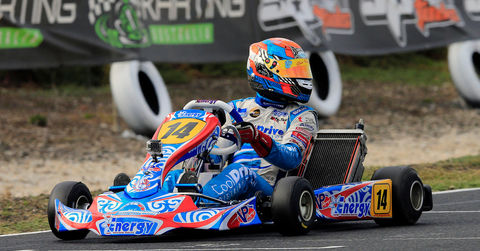 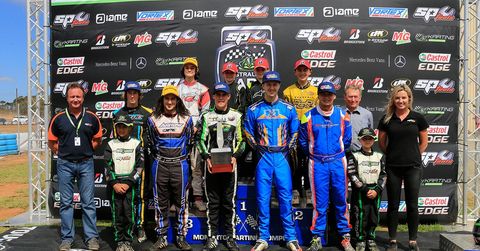