The second round of the 2019 ROK Sonoma Presented by Sanzaru program took place under bright blue sunny skies at the Simraceway Performance Karting Center in Sonoma, California. Running the challenging Reverse Sprint layout, drivers once again put on a show as the nearly 75 competitors battled tooth and nail to score points for their end of the year championship battle.

Richard Hilleman - 125 Limited Jason Toft - 80 Masters
The first group to hit the track would be the combined classes of 125 Shifter Limited and 80cc Masters. Spaced accordingly by class to allow for ample track space, Richard Hilleman turned the fastest lap of the session, securing the Shifter Unlimited pole position. Hilleman went on to have a nearly perfect day with his only falter in the first of two heat races with a second place effort. Heat two and the main event would see him back on top and add another victory to his resume. Charles Hastings turned his second place qualifying effort into a heat one victory before ending his day third while Anthony Ward crossed the stripe in the second position to stand on the box that afternoon.

Tom Nelson secured the 80cc Masters pole position in morning qualifying as Roger Cornwall and Allen Miller rounded out the top three. Cornwall went on to take the heat one and two victory, only to be out done in the main event by Jason Toft. Nelson would round out the podium with a third place effort while Bob Bigiogni and Miller secured the fourth and fifth place results.

Zach Pettinicchi led the way in the Senior ROK Shifter category sweeping the day. Scoring the pole position, heat race wins and main event victory, Pettinicchi claimed the top spot by nearly a second, a dominant day for the young driver. Enzo Prevost would be the bridesmaid each and every session crossing the stripe just behind Pettinicchi to take the second step of the podium while Pablo Carbelledo improved from his fourth place qualifying effort to finish third. Aiden O'Neill and Bryson Lew claimed the fourth and fifth place positions.

After qualifying fourth, Casey Moyer added a pair of fifth place results in the heat races but rose to the occasion in the main event to drive to the front and take the win. On the last lap of the Main, Adam Freire and Christian Cameron made contact while battling for the lead. Pole sitter Anthony White rebounded from a heat two DNF to come through the field to finish second in a spirited drive, Alex Rantala rounded out the podium in the third position after being in the front three positions throughout the day with Derek Domingos and Adam Freire crossing the line fourth and fifth. Andrew Freire, younger brother of Adam claimed the Micro ROK victory adding a pair of top five results for the Freire family.

It was the Jakob and Jacob show in ROK Junior as Jakob Paepke and Jacob Franks claimed P1 and P2 on the weekend as Paepke would get the best of Franks in all four official on track sessions to sweep the day. In the Masters ROK class John Breidinger converted his third place starting position into a main event victory after first and second place results in his heat races. Fourth place qualifier Eric Molinatti scored the heat one win but fell to third in the main event, just behind David Palic who scored the morning pole position, but second place finish after the days final checkered flag.

Wesley Boswell was the victor in the Senior ROK main event as he dominated the race to take the win by 4.224 seconds. William Ferguson came from the tail of the field after a heat one DNF to finish third in heat two, and improved one more position in the days main event to claim the second step of the podium. Cooper Becklin looked posied to challenge for the win after a pair of solid heat races, but trouble on the opening lap took him out of contention and opened the door for others. Cameron Shields took full advantage to secure the third position while Aiden O'Neill and Ryan Martin rounded out the top five.

A sixteen kart strong Masters ROK Shifter class took to the track for the weekend and Patrick O'Neil rose to the top. After third place results in qualifying and both heat races, O'Neill drove to the front in the main event take a 2.917 victory over Jim Inglebright. Hovering just inside the top five throughout the weekend, Inglebright also moved forward to finish second in the days final while Nick Major scored the third and final podium position. Strong runs by Michael Guasch and Stephan Gaudreau netted the duo fourth and fifth place finishes in the biggest class of the weekend.

The third round of the ROK Sonoma program will take place May 25 and 26th at the Simraceway Performance Karting Center at Sonoma Raceway. Visit ROK Sonoma on Facebook for up-to-date news, information, photos and results.

You can get more information about the Sanzaru Games Karting Championships as well as the weekend schedule by going to www.sanzarukarting.com. 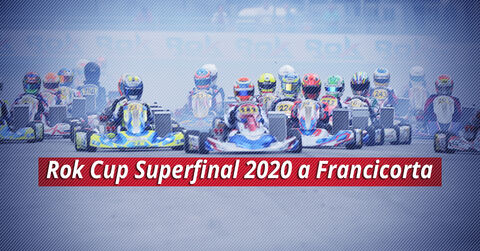