The 2019 Stars and Stripes Open came to a close on Sunday at Pitt International Race Complex after an unprecedented day of racing. Any previously written scripts were thrown out of the window with many of the pre-race favorites having mechanical or on-track issues bite them. The morning pre-finals brought an increased tenacity from the day before, but it paled in comparison to what we witnessed in the afternoon.

The final day was again set up with perfect conditions, allowing teams and drivers to push to the maximum. Like the Trophy race in Utah, we witnessed most drivers laying down their fast lap of the weekend on used MOJOs, showcasing the tires ability to maintain its integrity over many heat cycles.

Senior MAX set a tone for the day that we eventually realized would be one of major suspense. Polesitter Jake Drew, who had won the pre-final earlier in the day, got hit with a mechanical gremlin very early in the 20-lap final that handicapped his Rotax power plant. Jace Denmark-Gessel took full advantage of the opportunity and attacked early, grabbing the lead that he held onto for much of the race. Justin White and Ethan Ho would have their finest results of the weekend when it counted the most, finishing on the podium in second and third respectively. Drew would limp home in a highly disappointing sixth.

The pressure of the event would increase further when the Mini and Micro MAX class hit the racing surface. I fully expected an Alex Powell and Brent Crews fireworks show, but what I did not expect was how it would happen. The two future motorsport stars crisscrossed each other's paths nearly every lap before the duo squared off on the final lap. The downhill turn 10 had been a sweet spot for Crews over the weekend and that's where he dove for the lead under Powell, but the two touched tires, sending Crews and his Nitro Kart tumbling end over end. Powell kept his four wheels down, however, he too would take on damage. Both drivers' races were over with five turns to go, opening the door for Cameron Weinberg to take the win in Mini MAX followed by Alex McPherson-Wiman as the two ticket winners. Austin Lee capture the final step on the podium.

With Powell and Crews swapping the lead often, that allowed Micro Max drivers to keep pace. Drivers like Adam Brickley, Parker De Long, Ben Maier, and Carson Weinberg were right in the mix every step of the way, fighting their own unique battle throughout the 18-lap race. When the dust settled, Brickley led over Maier in a race nobody will soon forget. Carson Weinberg would hold down the third spot and the $1,000 Rotax product voucher.

Not wanting to be overshadowed, the Master Max class had drama of their own right off the bat. Englishman and two-time Rotax Grand Finals winner, Martin Pierce, had won each and every session in the category and looked almost certain to claim another ticket. However, it was over before it started, as Pierce drove into the pits after his out lap, struck by a mechanical issue. We'd find out later it was an issue with his carburetor jet that burst the class wide open. Tim Shutt had been Pierce's closest competitor and now took the role as favorite as he had an early battle with John Bonnano to decide who'd be taking the Grand Finals ticket. Shutt eventually found open space in the lead, winning comfortably, and will now represent the USA in DD2 Master in October. Michael Burton edged out Alejandro Parodi for the third and final podium spot.

It was a homecoming event of sorts for Luca Mars who scored the lopsided win in Junior MAX. After sweeping the heats, the Pennsylvanian raised the bar even higher on Sunday in dominating fashion. Perhaps the most impressive drive was that of Westin Workman, competing on his first first event on a water-cooled engine package. The Charlotte resident moved steadily up the order as the weekend wore on, ultimately finishing second among the country's best. Paul Bocuse trailed Workman by a half second in third, setting the fast lap of the race.

The long trip from New Zealand paid off for Josh Bethune in DD2 as the Kiwi driver made it look easy in the fastest category. After missing pole by a few thousandths of a second, the Compkart driver settled in well in the heats and ultimately the final, winning by four seconds. Race Liberante kept it interesting in the first half of the 20-lap final, but ultimately could not reclaim the top spot as he did in qualifying, finishing second. Atharva Desai finished third. 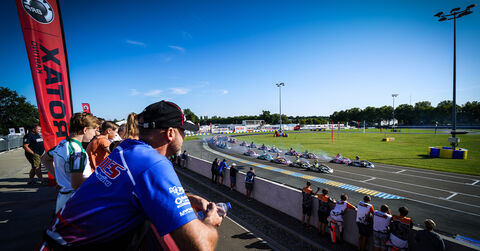 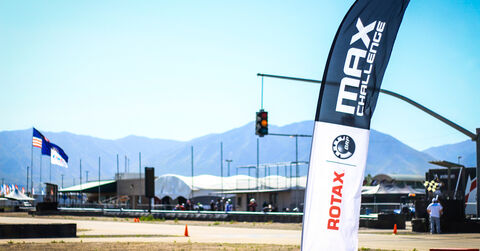 The Podcast: Special Edition with Justin Stefani from J3 Competition

Justin answers follow up questions to Monday's big announcement from Rotax MAX regarding the U.S. market. 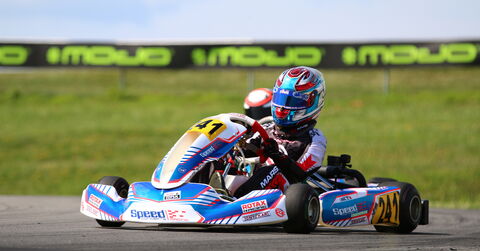 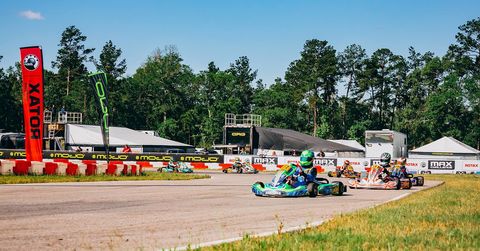