The Tony Kart Racing Team is proud to announce the renewal of cooperation with Ferrari Driver Academy, the Ferrari sporting program born with the precise intention of preparing young drivers to enter Formula 1 in Scuderia Ferrari.

From 2016, year of the agreement start, the synergy between our Racing Team and Maranello headquarters has already given the opportunity to several Tony Kart drivers to compete with the cadets of the FDA during campus organized on the track and to gain the access to a unique training path. In the same way, FDA drivers took part in several days at the wheel of the Tony Kart karts, useful for physical and technical preparation also regarding cars.

The driver making the same passage toward FDA, upon Tony Kart proposal is, today, Dino Beganovic, a Swedish talent who has always been at the wheel of Tony Kart products, ready to make his dÃƒÆ’Ã†â€™Ãƒâ€šÃ‚Â©but in cars with the Prema Powerteam. The news proves once again the quality of the cooperation and the profitable working method established over the years. Obviously Beganovic is very satisfied "I am very happy for the opportunity to join the Ferrari Driver Academy for my first racing season, and I want to thank Tony Kart for all the help it has given meÃƒÆ’Ã‚Â¢ÃƒÂ¢Ã¢â‚¬Å¡Ã‚Â¬Ãƒâ€šÃ‚Â.

According to these positive results, the renewed agreement is intended to intensify the combined enterprises between Tony Kart Racing Team and Ferrari Driver Academy throughout 2020 and the following years, with the organization of a higher number of days on the track and an even more careful scouting activity. 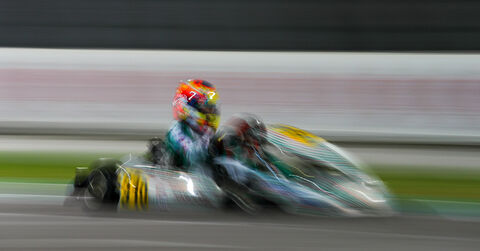