On March 26, the Board of Trustees convened for a two-day meeting at the WKA headquarters in Concord, North Carolina. Among the first order of business by President John Ferris was the appointment of a restructured Officers level. With a unanimous vote by the Board, Kevin Williams was promoted from International Liaison to the sole Vice President position. Vice President, 2-Cycle Lynn Haddock and Vice President, 4-Cycle Bobby Gettys were named to the 2-Cycle Director and 4-Cycle Director, respectively.

President Williams is conducting a search to fulfill the positions of the executive committee in the near future. The full meeting minutes will be published to WKA website when approved by the Board of Trustees for publication. Continue to return back to www.worldkarting.com and make sure to follow the WKA Facebook, Twitter, Instagram accounts which you can click below. 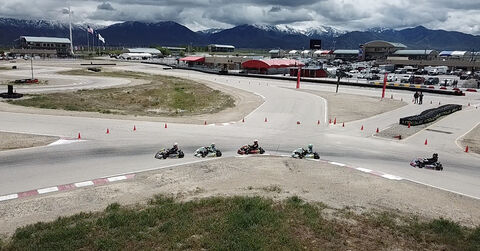 45th year at Daytona Kartweek, and a long-awaited return to Mid-Ohio top the highlights.