Australia's best kart racers will head to the Albury-Wodonga region for the second round of the 2018 SP Tools Australian Kart Championship, presented by Castrol EDGE next weekend (April 13-15).

Amongst the 274 entries are drivers from all parts of Australia, along with visitors from New Zealand, Singapore and America.

The elite KZ2 Gearbox class, which has attracted 34 entries, is filled with talent Ã¢â‚¬â€ including reigning Australian Champion Joshua Fife, who only jets back into Australia from competing in Italy next Wednesday.  Local Dunlop Super2 Series drivers Macauley Jones and Jordan Boys will also be on the grid for the class that was dominated by JC Kart driver Aaron Cameron at the opening round.

These drivers will reach speeds in excess of 150 km/h around the 1007-metre circuit.

It is the first time that the Albury-Wodonga Kart Club has hosted a round of the prestigious Championship, President James Reynolds is excited about showcasing the Sheathers Road facility during the event.

ÃƒÆ’Ã†â€™Ãƒâ€šÃ‚Â¢ÃƒÆ’Ã‚Â¢ÃƒÂ¢Ã¢â€šÂ¬Ã…Â¡Ãƒâ€šÃ‚Â¬ÃƒÆ’Ã¢â‚¬Â¦ÃƒÂ¢Ã¢â€šÂ¬Ã…â€œEveryone in the Club has been working very hard over the past few months preparing for next weekend and we look forward to putting on a fantastic show for the locals and visitors alike.

A total of nine classes will be contested at the three-day event.  The youngest drivers competing will be in the Cadet 9 class, where drivers are aged between seven and nine years old.

Drivers and Teams will begin to arrive in the region on Wednesday ahead of unofficial practice Thursday and official practice on Friday.  Qualifying and heat races will be contested on Saturday morning before Sunday's action kicks off at 8am.

The Albury-Wodonga Kart Club is located on Sheathers Road, Wodonga.  Admission for spectators is free. 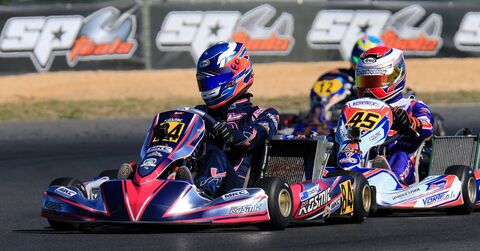