Maranello Kart put in an excellent performance with Christoph Hold at the South Garda Karting in Lonato during the opening round of DKM, the German Championship that had a record participation of 180 drivers and a high ranked international entry list.

Maranello Kart's driver from Austria Christoph Hold has been among the main protagonists of KZ2, the most powerful category that was also packed with champions. Hold and Maranello Kart have been shining since qualifying, when the Austrian driver posted the seventh fastest time, before keeping their momentum in heats taking P4, that was worth a second row start in the first final.

In the second Final, the choice of fitting slick tyres despite a light rain did not play in Hold's favour and the Austrian had to give up when he was forced to an early retirement. Hold and Maranello Kart can call themselves very satisfied about the outcome of this season debut in the German Championship, despite some disappointment for not confirming their speed in the second final.

Satisfaction at Maranello Kart came also from the performance put in by the Ukrainian driver Ivan Peklin, who ended Race-1 on full laps in P29 and then slided in among the front runners in Race-2 ending 12th.

Maranello Kart has also contested KZ2 Cup with the Portuguese driver Frederico Figueiredo De Castro, who unfortunately had to retire from both finals.

The next rounds of DKM will take place in Wackersdorf (D) next May 13th, Ampfing (D) on June 3rd, Kerpen (D) on July 29th and Genk (B) on August 26th. Complete results are available at www.kart-dm.de/en/home/. 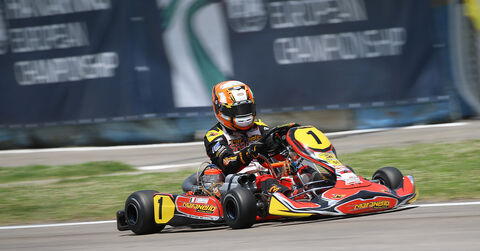 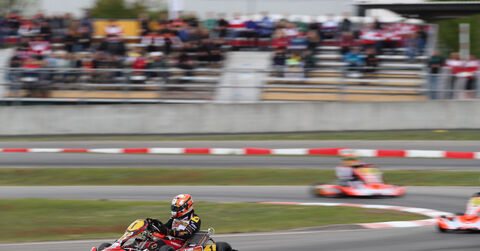 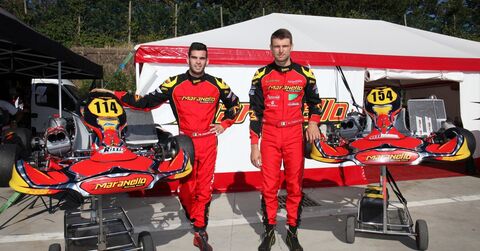 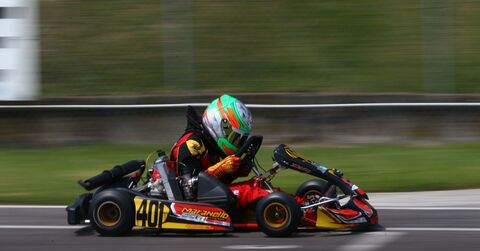