The FIA Karting European Championship - KZ started well for Sodikart with victory for Anthony Abbasse and the rise of Bas Lammers to 4th position. The Sodi Racing Team's performances since the beginning of the season have confirmed the exceptional potential of the French chassis in all conditions. In the winter freshness of Lonato as well as in the spring heat of Sarno, in the dry or in the rain, the Sodi Boys have always been able to participate in the fight for the win at the highest level of international competition.

Happy to have been able to win with a consistent lead over his rivals, Abbasse was full of praise for his equipment and the work done by the team: "It was a very special weekend! The grip of the Wackersdorf track has been changing since the first tests, and when the weather changed on Sunday morning, we had no benchmarks. We prepared the Final set-up in the last Heat and I was able to get the best out of my Sodi during the 26 laps of the race. It was a little more difficult at the start, then the equipment gave its full measure to allow me to win with a lead of 2.3''."

With the 4th fastest Qualifying time at only 29 thousandths from pole position, Anthony honoured his reputation in the rainy heats, but was also formidable in the dry with the fastest time on Sunday morning. He started perfectly when the lights went out for the Final and achieved the perfect race by distancing his strongest opponents by several lengths. With this victory, Abbasse also took the lead of the European Championship.

"The experience gained by the whole team, in direct contact with the Sodikart factory, will have been decisive at Wackersdorf", added Julien Dexmier, the team manager. "I also salute the work of our engine partner, TM Racing, under the guidance of Franco Drudi. Anthony's triumph has thrilled us, but we must not forget the remarkable performance from Bas Lammers, who came 4th in the Final after a complicated race, and is 5th in the Championship. Adrien Renaudin is far from unworthy, his time proves it, but he had to fight hard in the middle of the pack. The very good 5th place by Paolo Besancenez in KZ2, powered by a TM Racing from CÃƒÆ’Ã†â€™Ãƒâ€ Ã¢â‚¬â„¢ÃƒÆ’Ã¢â‚¬Å¡Ãƒâ€šÃ‚Â©dric Motor also gave us much satisfaction".

After savouring its successes, the Sodi Racing Team will continue its development work to address the decisive meeting of Sarno with the best chance, in mid-June, after which the European Champion will be crowned. 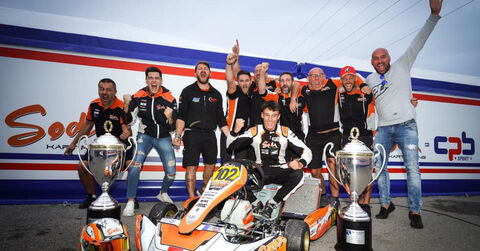 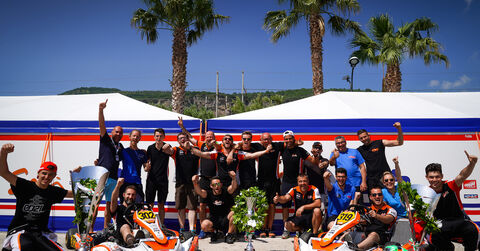 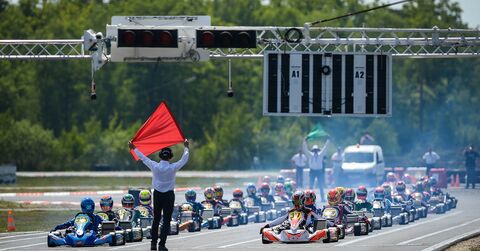