Taking on the United States Pro Kart Series (USPKS) and the GoPro Motorplex, Supertune entered seven drivers in the second round of the national karting program. After a dismal Saturday, which yielded uncharacteristic results, the talented team regrouped on Sunday, found their rhythm and back to the top of the podium. Kai Sorensen led the way in the Mini Swift class with another main event victory while John Burke battled hard for the win in X30 Junior but was forced to settle for the second position.

"Saturday did not bring us the results that we deserved, but we were able to rebound on Sunday," explained Ben Cruttenden. "We had pace throughout the weekend, but bad luck sickened our program during the first day of competition so as a team, we had to get over it and proved our capabilities on Sunday."

In the IAME Mini Swift class, it was a trouble filled Saturday for Team Supertune. With Anderson Leonard winning the pole for Saturday's prefinal, it was Kai Sorenson that took the first wheel-to-wheel action of the weekend as Leonard fell back to seventh, but that would be the only bright spot of the day for the Mini Swift drivers. In an argy-bargy main event, the top result for the class came from Lucas Szabo as he improved from his 24th place main event starting position to cross the line in ninth. Jorge Ortiz had a consistent day, crossing the stripe in 16th while Xander Reed gained four positions in the final to finish 21st. Pole sitter Leonard and prefinal winner Sorensen found trouble early as both were taken out of the race in separate incidents and classified 28th and 29th respectively.

Back to the track on Sunday and new day provided better results for the Indianapolis based program. Sorensen claimed the day's pole position, making it a Supertune sweep in qualifying over the two days, and went on to finish second in the prefinal. Not to be outdone, the multi-time 2019 race winner notched another victory, claiming the checkered flag in the day's final. Anderson Leonard improved from 16th to finish sixth while Jorge Ortiz, who qualified third for Sunday, ended his weekend in seventh, putting three team drivers in the top-ten. Szabo rallied to a 16th place effort while Reed improved through the day, gaining seven positions from morning qualifying to the final checkered flag.

John Burke led the Supertune results in the X30 Junior class, as he was never classified outside the top-five in wheel-to-wheel action. Qualifying third on Saturday and maintaining his position through the prefinal, Burke crossed the line fifth and would look towards Sunday. The next day of competition saw him start out in the same position he finished Saturday, but he quickly moved forward to finish second in the prefinal, and again in the main event after falling back to just inside the top-five.

Matthew Christensen turned his 21st place qualifying effort on Saturday into an eighth place finish in the prefinal before ended his day 13th. Sunday saw a spirited drive in the main event as Christensen gain 13 positions in the final to add a tenth place finish, Supertune's seventh top-ten result of the weekend.

For more information on Supertune, race team opportunities in 2019, OTK product sales, or engine and dyno services, please contact Ben Cruttenden at 317.900.3141 or via email to [email protected] Supertune can also be found through their social media accounts at Supertune USA. 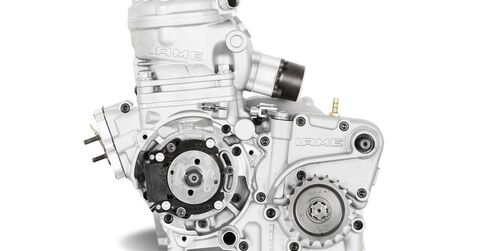 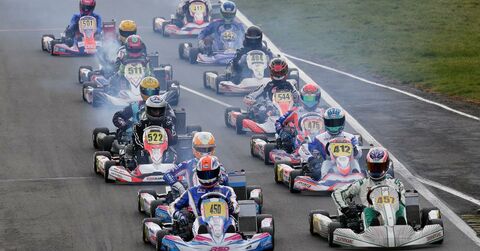