Did you see Hass F1 Guenther Steiner's remark a few months ago that ÃƒÆ’Ã‚Â¢ÃƒÂ¢Ã¢â‚¬Å¡Ã‚Â¬Ãƒâ€¦Ã¢â‚¬Å“an American is not ready to race in F1ÃƒÆ’Ã‚Â¢ÃƒÂ¢Ã¢â‚¬Å¡Ã‚Â¬Ãƒâ€šÃ‚Â â€” so the question is when will one be ready?  Haas F1 has a development driver that is still a question mark on talent and there is a more-heralded world karting champion over in England currently climbing the steps to F1.  Besides those two, I can name more Canadians that are closer to F1 than Americans.  In Part I we examined the challenges of Americans karting in Europe and now we examine American F1 ambitions.

The biggest challenge to Americans making it in F1 are other more viable racing options in the USA.

Over the last few years, the Mazda Road To Indy has become a popular option for young racers from around the world, and in the States.  I don't think that anyone would disagree with me in saying that IndyCar is seriously on the rise.  The car counts, the competition, the skill level of the drivers, the actual fun of racing and watching IndyCar seems all to be on the rise.  The IndyCar product might be the best it has ever been and maybe better than F1 and NASCAR right now.

This is an F1 article, but the Road To Indy is part of that conversation if you are talking about Americans.  You can see real drivers in the ranks who have followed the Indy Car path and made it â€” this is the norm now.  IndyCar has a highly successful regimented ladder system that works, and it is only getting better all the time.  New Euro teams have seen this and want in:  Carlin is in, McLaren wants in, and there are rumored others.  How many new teams want to be in F1?

A few years ago, SCCA launched F4 racing in the states with a lot of ease. As in Europe the F4 grids in the States are exploding.  This year, SCCA is trying to launch F3 with a bit of struggle.  On the surface F4 to F3 in the USA looks like a great ladder system for future American F1 drivers, but I have a hard time seeing it. I could be wrong, of course. Instead, I see F4 in the States serving as a ÃƒÆ’Ã‚Â¢ÃƒÂ¢Ã¢â‚¬Å¡Ã‚Â¬Ãƒâ€¦Ã¢â‚¬Å“starter carÃƒÆ’Ã‚Â¢ÃƒÂ¢Ã¢â‚¬Å¡Ã‚Â¬Ãƒâ€šÃ‚Â for the ladder system for the Road To Indy.   Due to the clever way F4 USA is setup, the champion-winning American receives an automatic chance to step up the first rung of the Euro F1 ladder system, then, perhaps, he/she can keep moving up the ladder in Europe, not in the States.  We will see how the next five years play out with F-numbered racing in the States â€” maybe it can be a full-fledged ladder series, but I don't see it.

For now, the Mazda Road To Indy is the consummate racing ladder system available to young open-wheel racers, and it is working well at taking the best Americans away from F1 opportunities.

Americans are smart enough, and pragmatic.  We see that F1 only has 20 seats.  The IndyCar race at Indy could have fielded 40 cars.  We see some of the challenges for Americans to make it thru a Euro-biased ladder system, including the Euro karting scene.  We see that many of those F1 seats are ÃƒÆ’Ã‚Â¢ÃƒÂ¢Ã¢â‚¬Å¡Ã‚Â¬Ãƒâ€¦Ã¢â‚¬Å“pay driverÃƒÆ’Ã‚Â¢ÃƒÂ¢Ã¢â‚¬Å¡Ã‚Â¬Ãƒâ€šÃ‚Â seats that require billionaire backing.  We may find all of this appalling but even if it was more affordable, we find it unpragmatic for our racer kids for many reasons.

Ignoring the money, it is virtually impossible for an American family to make an attempt at F1 even with a very talented driver, unless your kid has a known racing surname.  The cards are stacked against making it in any top-level racing series but F1 is out of reach for Americans for a special set of circumstances that don't exist within our American racing series.

If Liberty Media, or F1 teams that want to sell products to a lot of Americans, would like to harbor and win with American talent than a different equation is needed.

One would think that I am talking purely economics, but I am not.  I am also talking about the disruptive path that stands in an American family's way as it pursues an F1 path for its youngster.  Let's start with an economic example.

A few years ago, I heard of a European family that paid nearly 500,000 Euros for their kid to race karts with a top-level Euro team.  I don't know the details of that contract but let's assume that it included 20 testing and 20 race weekends.  Based on the numbers I know, this number is comprehensible and not totally outlandish, and even a necessary level of kart racing to try and stay even or ahead of other Euro-based racing kids who tend to test and re-test much, much more than Americans back in the States.

Mind you that this 500,000 Euros does not include any travel or incidental expenses, but it was an Italian driver teamed up with an Italian karting team so their travel expenses are already minimal.  It would be similar to my family living in Texas and working with a local Texas team.   Then staying, nearly, inside the state of Texas to race.

Now, let's extrapolate that same scenario to an American driver and see how it works:

What is this disruption factor?  As mentioned, we are from Texas.  It takes us a day, or more, to travel to any track in Europe that we might race at, not to mention jet lag and dealing with travel delays.  If we were from Europe, travel would be much, much easier and less costly with less disruption to our life. That is the easy to diagnose disruption factor.  Let me explain some more aspects that are less well known.

When we started racing, I once was told by a father who formerly raced with his kid with a racing budget of, say, $100,000 a year, that it was costing him over a $1,000,000 a year in lost business as part of his working upper-class life in America.  In other words, he could make an extra $1,000,000 a year by minding to his business instead of minding to his kid's a $100,000 racing program (mind you, I am talking about the working upper class, not the non-working uber wealthy classes whose lives are not disrupted as much).

Not a scientific fact by any means, but after six years of racing with my son I can attest to some sort of similar logic.  The same might be said for racing by Europeans, but as Americans we have to travel farther in our own country, and the disruption extrapolation is so much larger when we race in Europe.

Racing is all-consuming and pervasive but the concept illustrated above is just a business example.  What about personal lives that are torn asunder for racing?  It is the life we choose but that doesn't mean it is easy.  This disruption is majorly impactful â€” education, friendships, family relations, personal life â€” in order to support a young racing talent in the States, but then add a European element to it and it more than doubles for Americans.

As mentioned above, the Road To Indy is becoming a more and more attractive path every year for talented American karting youngsters.  The path thru NASCAR is also well defined and families and sponsors can have a less disruptive life by staying home.  These are not easy paths to stardom either, but they are far easier, and more direct, than attempting an F1 path.  Family and business sponsors can get something, at least, for their dollars spent in the States.  Also, F1 is not as popular in the States so it makes the decision to choose a local path much easier for many of us.

75% of the current F1 seats are filled with Europeans.  What is needed from Liberty Media and F1 teams wanting to attract Americans is an understanding of the unique American challenge to field an F1 driver.

It's easy to understand why there are not more senior American karters in Europe or car drivers on the Europe F1 ladder, and it has nothing to do with talent.  Costs are more for Americans seeking F1 racing and the disruption factor to life is certainly more. There are real impediments and inequalities at work with Americans making it to F1.  If F1 is to be successful with fielding American racing talent there needs to be a new paradigm to make it possible.

The European path to F1 must be paralleled with a new, unique American path.

Other articles in this series:

Part I: The State of American Karting in Europe 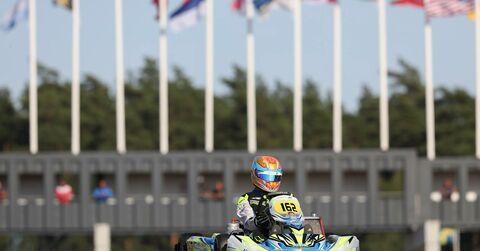 Opinion: The State of American Karting in Europe â€” Part 1

More Americans than ever are competing in Europe; but is this traditional first step to Formula 1 necessary? 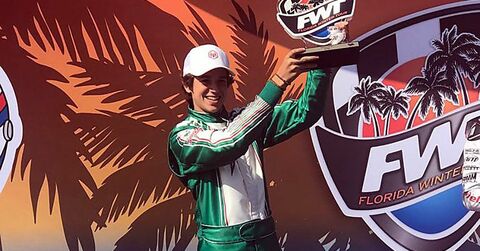