X30 SENIOR - SPONSORED BY: MG TIRES It's finally time for the main event at #SKUSASUPERNATS #SUPERNATS22 - 530 drivers from all over the planet are ready to do battle for the right to be called SuperNationals Champion. MGtires AiM Sports, LLC. IAME @Evinco Tires @Alpinestars @eKartingNews.com @BRM Chronographes Ame @Kart360 Canadian Karting News

The saavy veteran Ben Cooper has emerged from the dust-up on the final lap as the winner in X30 Senior. This was the first large-scale event Cooper has run in quite some time, showing us just how smart and talented of a driver he is.

The race took many forms at different stages, but in the end it was a seven or eight kart train at the front with the leaders blocking and the followers trying to figure out how to get by. Everyone knew the last lap scuffle was coming in X30 Senior and it came with a bang.  On the final lap, Lorenzo Travisanutto led the field, followed by Christian Brooks who had just joined the fight at the front. As the lead pack made their way into turn four, Brooks went for the lead over the World Champion, knocking sidepods and blowing them both off line. This allowed an opening for Cooper, who had been in third at the time, and he took full advantage.

Zane Maloney all of a sudden found himself in second, all the way from the sixth spot due to the carnage. Maloney, from Barbedos, had qualified on the provisional pole on Thursday but a penalty took him down to 10th. It was a crazy event unfolding in turn four on the final lap and every kart in the top seven or eight changed multiple positions.

Down the stretch they came and Cooper was able to hold off Maloney. Cedrik Lupien, who had started on pole and ran in the lead for a short while, made it through to third.

Brooks had finished fourth on track, but the move by the Global Rally Cross driver on Travisanutto was deemed avoidable contact, dropping him to 14th. This promoted Matheus Morgatto, all the way from 21st, to fourth position. In his first ever Senior event, the Brazilian showcased what we already knew — his incredible talent behind the wheel.

Canadian Ryan MacDermid would rise to fifth, a 10-kart improvement from his starting position. 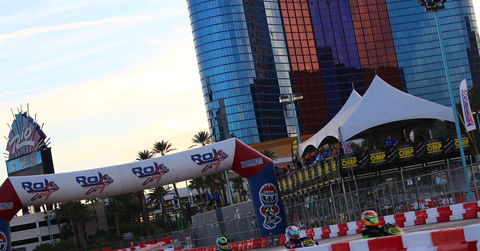 ROK The Rio: What we learned

By all accounts the ROK takeover of Vegas was a success and should be even better in 2019. 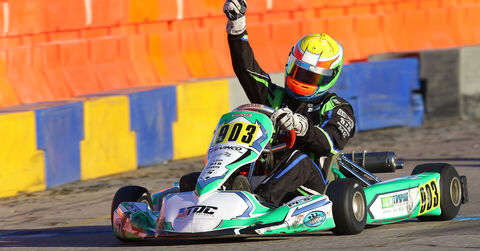 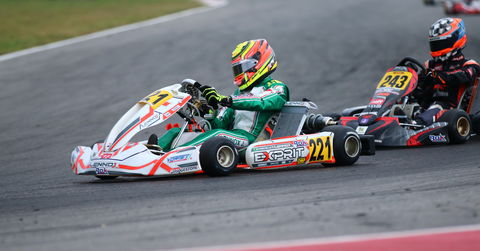 An unspectacular start hurts Barrichello's chances of a top 10. 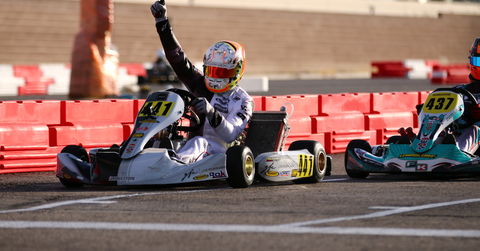 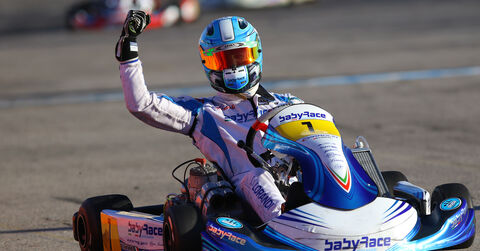 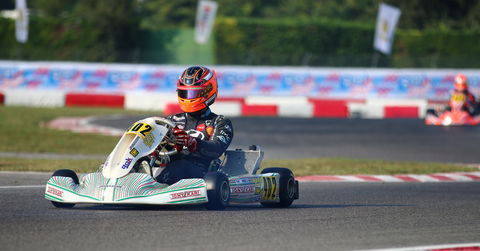 A bumper penalty at the start cost Formal a top 10 in Lonato.

MacDermid attacks at all the right times in Senior ROK Final

He wasn't the quickest, but the Canadian Birel ART driver put in the work.

America's first competitor in the Super ROK category ends on a high note.