Racing at the New Castle Motorsports Park (NCMP) facility a month ago to learn and gain experience, Speed Concepts Racing drivers put that knowledge to use this weekend at the opening round of the Superkarts! USA (SKUSA) Pro Tour. Scoring multiple wins across three different classes and four different drivers, Speed Concepts Racing competitors were able to put their Redspeed by OTK chassis at the front of the grid.

Kicking off Fridayâ€™s festivities, Speed Concepts Racing X30 Masters driver Scott Roberts took the main event win to score the teamâ€™s first victory of the weekend. With all five drivers finishing in the top-eight, Roberts was the lone victor on the day as Paul Bocuse, Jace Park and Jack Jeffers added fifth, sixth and eighth place results in the forty-kart strong X30 Junior field. While Park was the first junior competitor to reach the checkered flag, a post-race penalty for a phantom block relegated him down the grid five positions to sixth. Showing speed throughout the day, the SCR junior contingent were just getting their weekend started. Luca Mars, the sole Speed Concepts entry in X30 Senior, rebounded from a less than average qualifying result to drive forward and finish sixth.

Learning from race data gained on Friday, Speed Concepts Racing returned Saturday with authority. As the dominant team on the day, the Redspeed by OTK program picked up three wins, five podiums and had each and every one of their drivers finish in the top-six. Luca Mars led the way securing the main event victory in X30 Senior and made it a double podium day finishing third in KA100 Senior. Paul Bocuse rose to the occasion in X30 Junior to climb to the top step of the podium as fellow SCR driver Jack Jeffers found his way to the third step of the podium. Jace Park put three Speed Concepts Racing drivers in the top-six with a valiant drive, narrowly missing a top-five finish. Scott Roberts was once again the driver to beat in the X30 Masters category taking his second win in as many days and solidifying his quest for the title. SCR and Redspeed went on to score the Junior, Senior and Masters win on Saturday.

With wins on both Friday and Saturday, Speed Concepts Racing continued their streak into Sunday as Jace Park had his turn atop the podium. Moving to the point of the X30 Junior field, Park stayed ahead of the on-track battles to pull away to a nearly three second lead and take the top spot. Paul Bocuse continued his strong runs as he put two SCR drivers in the top-five with a fourth-place finish while Jack Jeffers finished 14th on track but fell down the order due to a penalty. Luca Mars solidified his championship threat with another podium result in X30 Senior claiming the second position while also adding a third-place podium result in the KA100 Senior class. X30 Master victor Scott Roberts was awarded the fourth position on Sunday and will return next week to battle for the title.

â€œGreat weekend but we will push even harder next week,â€ explained Mike Speed. â€œWe will add Luke Lange to the driver lineup for rounds four, five and six as he and Luca will provide a powerful one-two punch in X30 Senior. A huge thanks to Chris Freckelton from Precision Works Racing Engines for the incredible power at New Castle as well as Allison Racing Engines for providing Luca with some great engines. Chris has gone above and beyond the call of duty to ensure that we are at the front of the field and we thank him tremendously.â€

With one weekend in the books, Speed Concepts Racing returns to a different layout next week at New Castle Motorsports Park for rounds four through six over the August 13-16th weekend. Stay tuned to the Speed Concepts Racing social media pages for news, information, results and photos from the event. 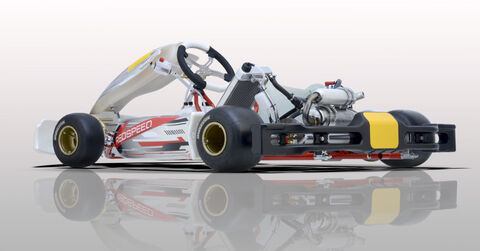 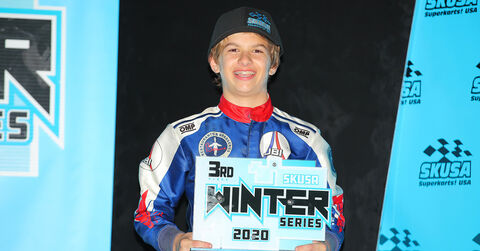 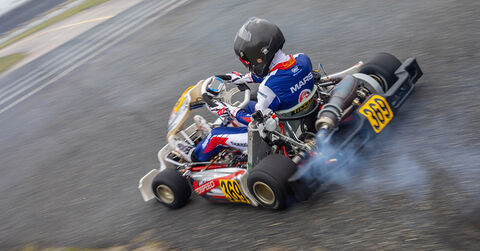 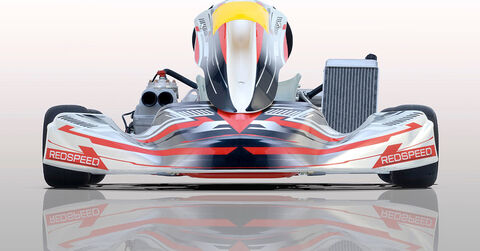